This represents my entry for the Rising Star 2022 Competition hosted by grads in Games. Both the character and environment are based on my own concept art. (Design process can be found in the documentation)

Juno was a very exciting progress to work on as she is my first 3D character, and so I wanted to convey my passion for character design through her. I've been doing digital illustration and character concept art for a couple of years now, and I've started doing 3D about a year ago, after enrolling into university. She is also the complementary piece for an environment I made for a uni project last term, which i call "The Library of Babel".

Technicalities: Character - around 55k tris + Rapier - 5k tris. Texture sets vary between 4k and 2k, depending on the importance of the area.

Now, if the visual presentation of the character intrigued the reader, let's delve into the technical process of how it came to be and the character's backstory.

Juno was raised and educated in The Library as an orphan child. This was not uncommon but rarely happened as the scrivs were reluctant to bring anyone from outside within the walls of Babel. In their sole pursuit of efficiently managing as much knowledge as they can (and keeping it out of the wrong hands) they almost forgot about their passing existence and that they need someone to pass their duty onto. Usually, there was an admission process for older children, but they preferred infants since they were more malleable. So, as it rarely happened Juno was taken in by one of the more merciful scrivs, Dante.

The reason why Dante chose to take her in, was also the reason why Juno had been abandoned. A physical birth defect caused her to have one arm weaker and smaller than the other. As she grew up and as the scrivs saw her motivation and intellect, they decided to help her with a prosthetic arm. It took a while to learn how to use it, but the scrivs from the Medica have more medical knowledge than any doctor in Bellos, one of the most advance city-states in the world. This gesture was not out of kindness, of course, every scriv is indebted to the library, one way or another. Otherwise, they would simply leave.

Dante was a strict man and even though he loved Juno as his own daughter he seldom showed his feelings, afraid of what the other scrivs might think about his emotional investment towards an outsider. The raising regime was strict, meals were scarce, physical training regular and reading more vital than water. This was the creed of the scrivs. Dante tried as much as he could to lighten Juno's burden but there was only so much he could do. Often, children simply collapsed from exhaustion but after a few days in the Medica they were pushed back into training. Some managed to carry on but others, if failed multiple times, were seen as a liability. The ways scrivs dealt with liabilities was swift and painless. This is why friendships were frowned upon, or any type of relationship for that matter.

Luckily, Juno managed to surpass the scrivs expectations from an intellectual point of view. She proved to have superior memory and fast problem-solving skills, which was rare for someone her age. From a physical point of view, on the other hand, she didn't perform as well. Even though she didn't like to fight and her abilities were inferior to other's, she liked challenges and this kept her morale up.

Juno and Dante's relationship strengthened as they started meeting in secret. Dante tried to open Juno's eyes towards the reality that Babel posed, as it wasn't just a "book sanctuary". He skipped some horrifying details here and there, but his intention was for Juno to avoid the doctrine the scrivs tried to instill in everyone. He lived long enough to see what's outside the walls of the library and what effect has this upon the citizens of Bellos. One thing Dante emphasized was knowing how to defend yourself, so he urged Juno to study not only the martial arts that were taught to scrivs but also how to use weapons. They trained regularly with wooden sticks and so Juno became a more proficient fencer, liking the idea of surpassing your own physical limitation through the use of a weapon. She liked it so much that she started learning about it in books. Everything for her was a competition, fencing with Dante was a game and learning as a scriv was boring but that was her duty towards the people who took her in. Despite of what Dante told her, she was still oblivious to the outside world, until one day.

One day, she wakes up to find everyone missing. All was in order, all was silent, not a single living soul wondering the library. "Where is Dante? Where is everyone?" she asks herself, unknowing what to expect. She must find Dante, but her quest will become increasingly difficult as she finds out that the library has ill-willed visitors.

Juno - the Librarian Fencer by Verisof on Sketchfab

As the texure used are quite high quality and the environment quite large, I had to upload my file to Google Drive. If you encounter any issues when downloading and unzipping it, please contact me on Discord at  Verisof08#6256 .

IMPORTANT: In UE4, go to File>Open Scene in order to see each pose and the respective setup. 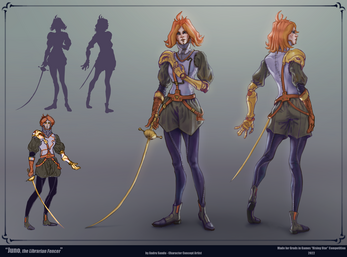 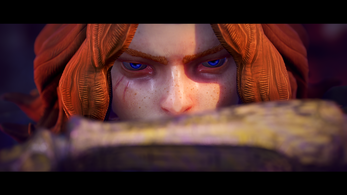 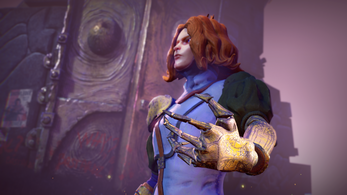 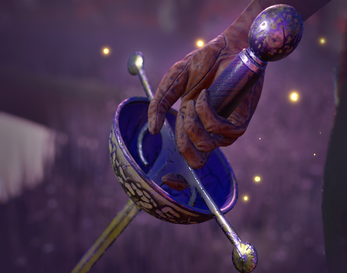 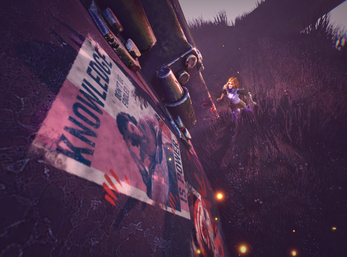 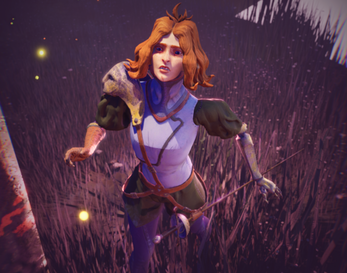 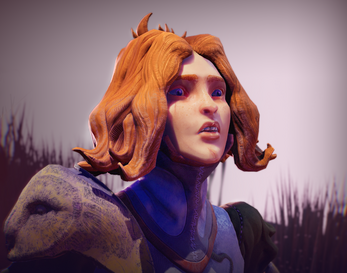 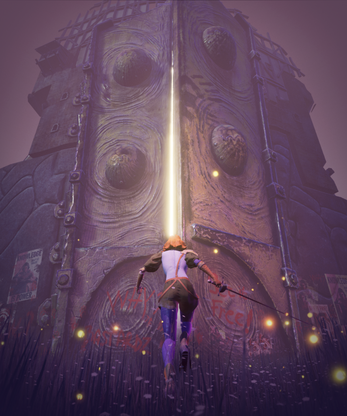